You are here: Home › City of Orlando › Mayor Dyer Proposes $11 Million in Cuts to Police, Fire Among Other Major Cuts 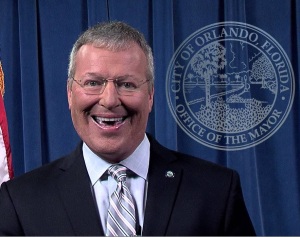 UPDATE: The City Council voted unanimously to pass the proposed budget with tax increases and major cuts to police and fire:

City Commissioners and Mayor Buddy Dyer will vote on property tax increases, public service cuts, and across-the-board departmental cuts tonight at the second budget hearing, beginning at 5:01pm. Many local residents became angry at the proposed 17.7% property tax hike by Dyer. But the current budget crisis will have a larger impact based on top line budget proposals from the Dyer administration, including major cuts to police and fire.

While the City of Orlando is still not providing detailed information on how the Dyer administration will achieve its new budget goals, city records show us one example of the impact as the City Clerk stated in an email,  “So you are now saying we need to cut those amounts from our budgets for those two offices? Really?? That’s two staff people…or we don’t print the legal ads for ordinances.”

What will the other across-the-board cuts mean? That’s still not exactly clear. But according to city records from the Dyer administration, the City will attempt to cut $15 million to help close the budget gap. The largest proposed cuts come from police and fire, totaling more than $11 million. It’s important for residents to understand the real depth of the current fiscal crisis.

As the Mayor proposes the tax increases and budget cuts, he is busy spending more money on behalf of the proposed MLS soccer stadium. WFTV uncovered $15 million in hidden costs to taxpayers associated with Dyer’s last-minute decision to shift the location of the stadium in Parramore. Dyer has also been using loaned money to build the Venues projects and that debt is coming due adding to the financial pressure. Sure makes you wonder where the priorities really are for our local city leaders.

The City of Orlando budget public hearing will take place at City Hall in the Council Chambers at 5:01pm.

UPDATE: The City Council voted unanimously to pass the proposed budget with tax increases and cuts.

6 Responses to "Mayor Dyer Proposes $11 Million in Cuts to Police, Fire Among Other Major Cuts"