You are here: Home › Buddy Dyer › Charges of Cronyism in Orlando’s City Hall with Dyer’s Hiring of Craig Borkon 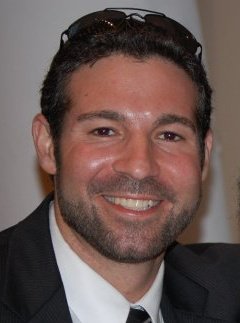 Craig Borkon is way under qualified for his nearly $70,000/year position at the Orlando Venues, leading to new charges of cronyism by Mayor Buddy Dyer.

There’s another scandal brewing in Orlando’s City Hall. Mayor Buddy Dyer’s former campaign staffer Craig Borkon, who only moved to Orlando during Dyer’s campaign, has been given a sweetheart salary through his connections at City Hall, making a whopping $69,014/year in his new position as an assistant with the City of Orlando Community Venues. Wow, that is a lot of money, especially considering Buddy Dyer is mayor of America’s lowest paying job market, with the average Orlando salary coming in at just $29,450/year.

To say Borkon is under qualified for the high-paying position is an understatement itself. It’s also clear that Borkon is being over-paid, making the allegations of cronyism more serious.

First, Borkon does not even hold a college degree, meaning he fails to meet even the minimum requirements for the position. According to the official job description for the “assistant TO the director” position, the basic minimum qualification requirements state: “Bachelor’s Degree in Business or Public Administration or related field required.” It’s also hard to justify a nearly $70,000 salary for someone who never completed his college degree.

But this case of political cronyism gets worse.

According to a list of Venues salaries, out of 51 full-time employees at the Orlando Venues, 26 employees make less than $50,000/year, with 19 of those making an average of only $32,706/year (and many making only around $25,000). Six Venues employees make over $100,000 with one making over $200,000, throwing the Venues overall average salary off. That means Borkon as an assistant is already one of the highest paid Venues staffers.

That might be enough to make other City of Orlando public employees angry, especially those with the Service Employees International Union (SEIU) who have been fighting with Dyer and City Hall for very small pay raises.

It’s also odd that Borkon applied for the City of Orlando job using an official cityoforlando.net email address. How did he have an official city email when applying for a position he did not yet have? Hmm…

For a post-campaign payoff by Buddy Dyer, Borkon sure is making quite a nice salary without meeting any of the qualifications. And that’s cronyism.