You are here: Home › City of Orlando › Aretha Olivarez Running for Orlando City Council in District 4 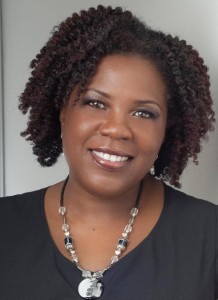 Successful business owner, national speaker and veteran Aretha Olivarez launched her campaign for Orlando City Commissioner (District 4) this month. Wasting no time, she is already busy campaigning in her second run for the seat.

“I ran for this same seat before, and it was very rewarding to listen to concerns of the people, so I will be back on the campaign trail listening to the people,” Olivarez said. “I am still committed to this community, and to me it’s rewarding when you have an opportunity to meet new people and hear the concerns they have for this city.”

The Orlando municipal elections will now take place in November of this year after Commissioners moved the election date up by five months. “My number one goal over the next six months is to continue networking and building relationships with the constituents in District 4 and fundraising,” Olivarez added.

The history of service and wealth of business experience Olivarez brings to the race will be refreshing for city voters.

After attending college for two years, Olivarez joined the U.S. Navy as an Information Technician Specialist. Olivarez served 10 years active duty during Operation Desert Storm and then joined the Navy Reserve. After the 9/11 attacks, she received the Presidential Recall back to active duty service for two years in support of Operation Iraqi Freedom. “I’m proud to say I am now retired from the Navy with 24 years of service,” Olivarez said.

For over 15 years, Olivarez has run her own for-profit business called Multiplying Talents. The company prepares documents and paperwork for non-profit startups to file with the IRS. “I’m humbled to say we have never had anyone denied his or her non-profit 501c3 approval from the IRS,” Olivarez notes about her business track record. Her own 501c3 organization, called State of the Nonprofit Community, holds quarterly events to educate nonprofit decision makers on sustainability and she also serves on several non-profit boards.

In addition to authoring five books, Olivarez also has years of experience as a grant writer and grant reviewer. She is also a national speaker on the subject of non-profit organizations and grant writing. She is currently serving on a panel of CEOs and entrepreneurs to help the University of Phoenix develop a new Entrepreneurs Master’s Degree program.

These are all critical skills and talents Olivarez intends to bring to the Orlando City Council beginning on day one. Her platform blends her experience with a plan to increase the quality of life and build partnerships to find solutions to local problems.

“One of my top priorities will be to go after more federal grants and corporate money to help Orlando create the best healthcare, the best transportation, and the best place to be for entrepreneurs in the nation,” Olivarez explained. “I have advocated for both for-profit and non-profit businesses in this community and nationwide for many years and I have a great long list of results that make me proud. I am ready to advocate for the City of Orlando.”

Olivarez also discussed a wide range of issues, including economic development, healthcare and tackling Orlando’s many social issues like homelessness, mental health, domestic violence and childhood obesity. While Olivarez would like to see more major companies come to Central Florida, she wants to put a focus back on local small businesses as well.

“I believe Orlando is doing a great job on bringing new construction, and we have people moving to Orlando daily; however, there are still people who need jobs and vocational training,” Olivarez said. “I am big on entrepreneurship and I would like to see more business incubators where business startups can learn how to have success.  There is no reason for Orlando not to be known as the best place for entrepreneurs to grow.”

On the issue of healthcare, it becomes personal for Olivarez and she believes she has the direct skills to find the funding necessary to benefit our community. “I’ve seen neighbors, family members, friends and fellow veterans suffer from the lack of healthcare,” she said. “As a former grant writer, I want to make sure Orlando is the first to get federal dollars to support the healthcare industry and support the non-profits that provide free healthcare for those who cannot afford it.”

Olivarez identified partnerships and collaborations as key to addressing local social issues. “The non-profits want to do the job, and the for-profits may have financial resources and volunteers to want to help, I just think we need to bridge the gap better,” she said. The positive attitude and optimistic spirit of the candidate showed she is eager to join the conversation and collaborations to find solutions. “I do understand that we have some great partnerships already, but  we can do better!”

As the shortened local campaign season begins, Olivarez is likely to make waves in a race for downtown’s core district. She is ready for the race, but more importantly, she is ready to offer local leadership and needed experience to the City Council on day one.

“I believe I owe my parents credit for the woman I am today, and I developed my sense of public service from my parents,” Olivarez added. “I grew up in a small town 2 hours from Orlando, called Arcadia, and my mom was a nurse at a mental health hospital, taking care of the mentally ill for 35 years. My dad provided the infrastructure for transportation throughout Florida as a bridge builder. One the largest projects he worked on from start-to-finish was as a supervisor on the Sunshine Skyway Bridge.”

“Taking care of people, working hard, and being responsible are all natural things for me to do. I’m excited to have the opportunity to serve the City of Orlando,” Olivarez said.

Incumbent City Commissioner Patty Sheehan has been in office since 2000. Sheehan expressed by email she will run for office again in the upcoming municipal elections, however, she has yet to file re-election paperwork with the City Clerk. At this time, no other candidates have currently declared for this race.