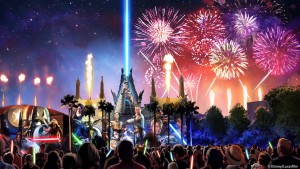 Resembling the triumphant Star Wars celebrations at the end of many of the movies (though not in The Force Awakens), Disney is promising their new nighttime spectacular show at Hollywood Studios will be “epic.” The new Star Wars fireworks show, “Star Wars: A Galactic Spectacular,” will make its grand debut this summer and will combine fireworks, pyrotechnics, special effects and video projections. Disney officials have stated the nighttime show will be “the most elaborate fireworks display to take place in the history of Disney’s Hollywood Studios.”

But fans of the Star Wars saga will not have to wait until the summer travel season to experience new additions to Hollywood Studios. Beginning April 4th, Disney will debut a brand new stage show, “Star Wars: A Galaxy Far, Far Away,” which will feature appearances from fan favorites like Chewbacca, Darth Vader and Darth Maul. The show will play out iconic moments from the films and take place at Center Stage in front of the Chinese Theater, according to Disney.

Captain Phasma, who disappointingly did not have a larger role in The Force Awakens, will also become a staple of the theme park. Also starting April 4th, Captain Phasma will lead a platoon of stormtroopers on a march from the Star Wars Launch Bay to Center Stage multiple times each day for park guests to witness.

When the nighttime show begins this summer, Disney will turn the Chinese Theater and other buildings into the twin suns of Tatooine, a field of battle droids, the trench of the Death Star, Starkiller Base and other Star Wars destinations, with a tower of fire and spotlight beams creating massive lightsabers in the sky. Fans will surely flock to the park to be part of the growing Star Wars experience.

Star Wars is Disney’s largest themed land expansion ever, as the ambitious plans will transform 14-acres. “We are creating a jaw-dropping new world that represents our largest single themed land expansion ever,” Disney CEO and Chairman Bob Iger said last summer when officially announcing the plans. “These new lands at Disneyland and Walt Disney World will transport guests to a whole new Star Wars planet, including an epic Star Wars adventure that puts you in the middle of a climactic battle between the First Order and the Resistance.”

According to Disney, the new themed lands will have two signature attractions, including the ability to take the controls the Millennium Falcon and another where park guests will be in the middle of a climactic battle on a Star Wars adventure. Renderings of the new Star Wars land can be seen below.

Other Star Wars additions have already been added to the park, including new characters and planets from The Force Awakens being added to the Star Tours attraction. The Star Wars Launch Bay has replica movie props, costumes and more from the films, while the Jedi Training attraction now features the character of the Seventh Sister from the Star Wars Rebels series. 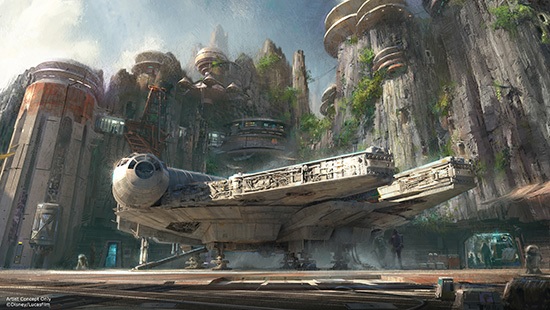 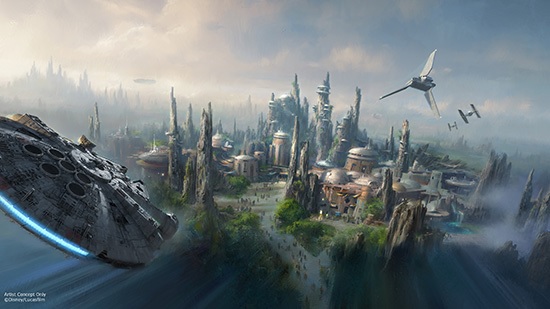 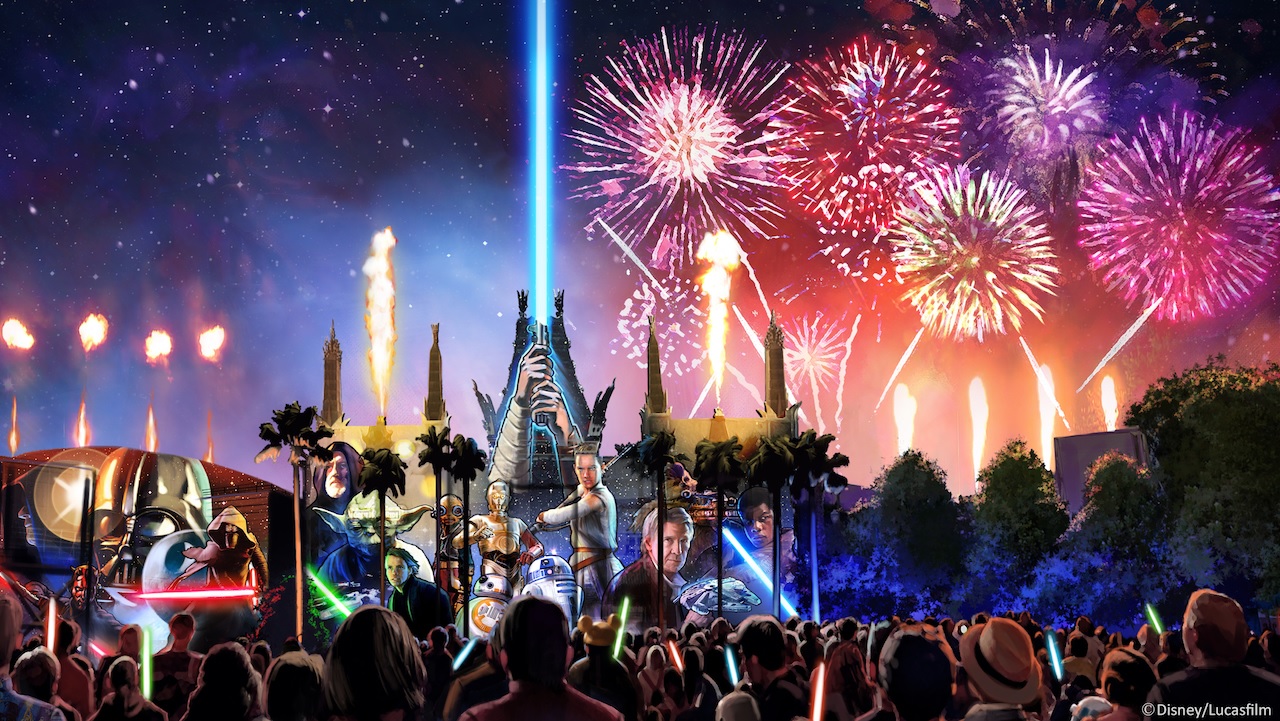